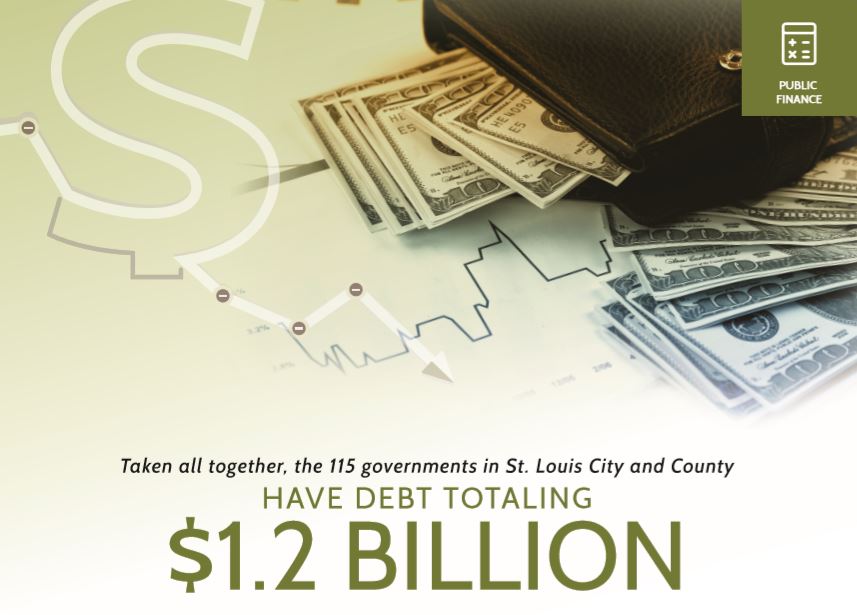 costs associated with funding all 115 governments

Neither of St. Louis County, the State of Missouri, nor any other third party would become responsible for any of the City’s debts and/or other expenses, absent their explicit agreement to do so.

The City of St. Louis, as employer of its police, fire, and City employees, would remain responsible for any unfunded liability in the City employees’ pension systems.

No existing City of St. Louis obligations would automatically become the partial or full responsibility of the County, were the City to re-enter the County as a municipality.

If the City of St. Louis rejoined St. Louis County as a municipality, it would neither participate as a “pool” or a “point of sale” city, and would not receive any distribution of funds from the County.